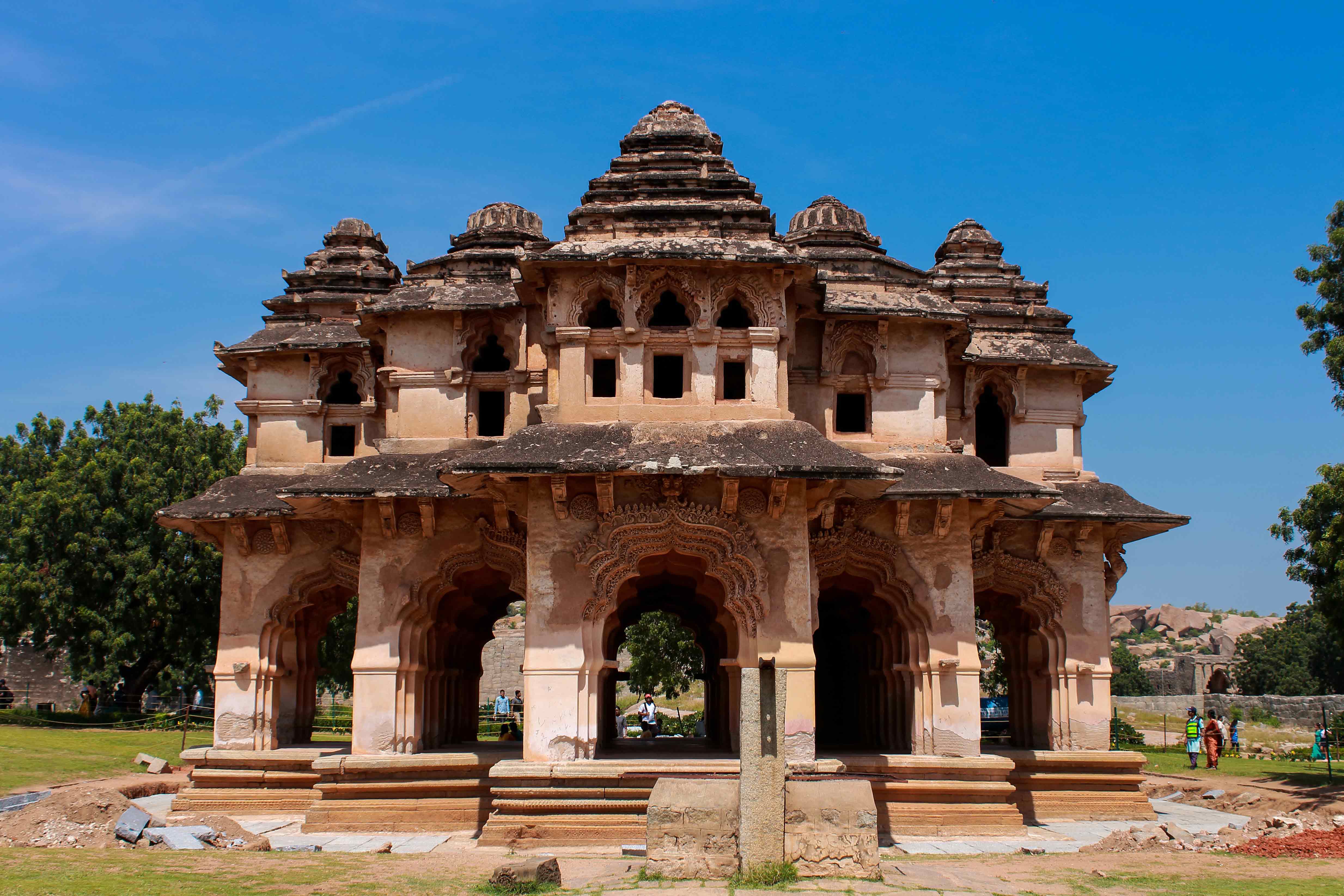 Hampi is famous for its ruins belonging to the erstwhile medieval Hindu kingdom of Vijaynagar and it is declared a World Heritage site. The temples of Hampi, its monolithic sculptures and monuments, attract the traveller because of their excellent workmanship. The Hindu style of architecture found at Hampi reflects the splendour of the Vijaynagar Empire. The rugged landscape adds to the historic ambience of this site 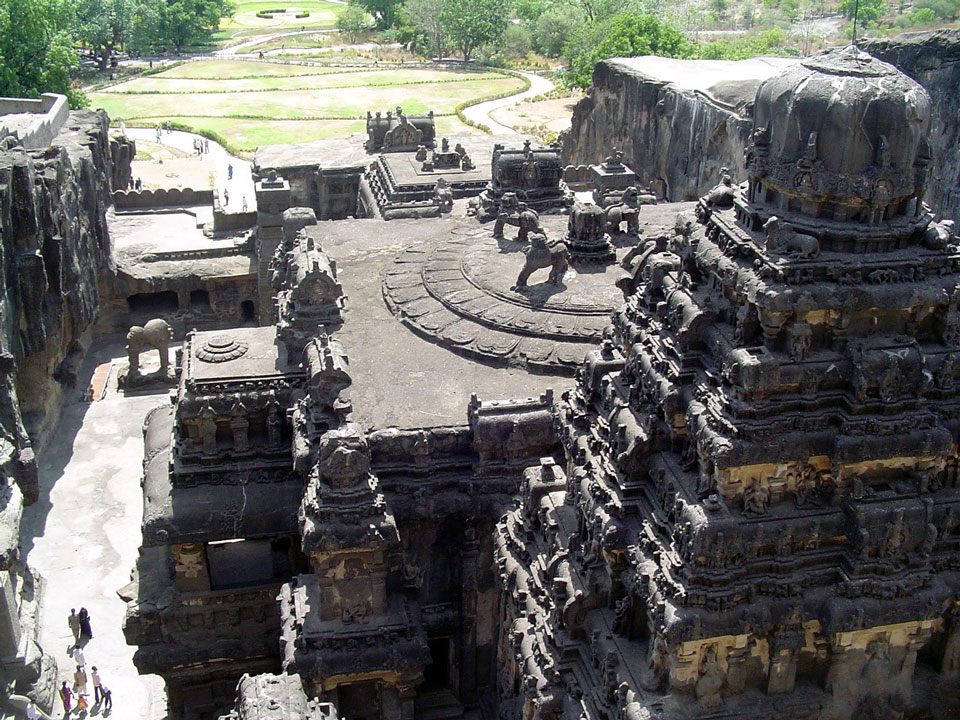 Ellora (also known as Elura and, in ancient times, as Elapura) is a sacred site in Maharastra, central India. The Ellora Caves are listed by UNESCO as a World Heritage Site and is celebrated for its Hindu, Buddhist, and Jain temples and monuments which were carved from the local cliff rock in the 6th to 8th century CE. An amazing example is the 8th century Kailasa temple which, at 32 metres high, is the largest rock-cut monument in the world. Located in the Sahyadri hills near Aurangabad, Ellora is one of the most important sites of ancient rock-cut architecture in India. In the western face of one hill, composed of volcanic Basalt rock, there are 35 caves and rock-cut temples, mostly produced during the reign of the Kalachuri dynasty in the 6th and 7th centuries CE. The earliest cave, the Hindu Ramesvara dates to the 6th century CE. Typical of early Hindu temples there is an inner sanctum (garbhagriha), a corridor for worshippers to walk around, exquisite carvings depicting scenes from the Puranas sacred texts, carved river goddesses on the exterior, a Nandi sculpture at the entrance as well as a large dancing Shiva surrounded by musicians and Durga slaying the buffalo demon king on the inside. 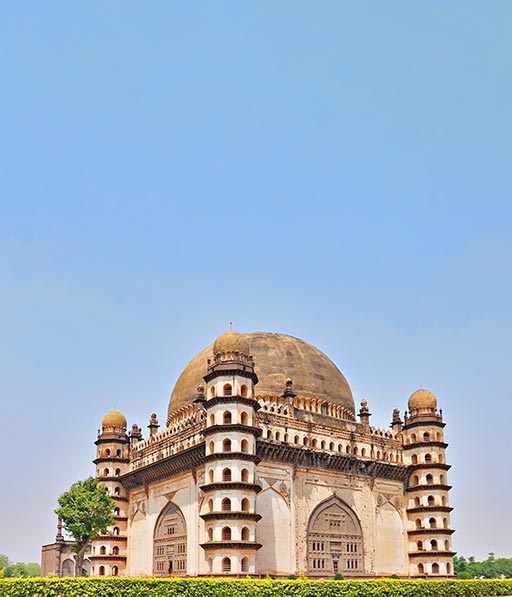 Vijayapura, also called Bijapur, is a city in northern Karnataka. Vijayapura (City of Victory) was a major site of Islamic architecture and culture in the early Muslim period in India. It was an important community under the Yadava dynasty for more than a century until 1294, when it became a provincial capital of the Bahmanī sultanate. In 1489 with the advent of Yūsuf, the first Adil Shahis Sultan, its dominions grew to include Goa, where a navy was maintained. Although it was defeated in 1686 by the Mughal emperor Aurangzeb, the Adil Shahis encouraged building activity to such an extent that Vijayapura itself has over 50 mosques, more than 20 tombs and a number of palaces. As a result, the legacy that has been left still lasts to this day and consists of outstanding Islamic buildings built in the aesthetic Deccan styles which include the domed tomb of Gol Gumbaz, one of the most significant monuments of India.